If God knew Man was going to sin, why did He still create him?

So went my 8 year old asking me randomly, as he was going through his English PACE this morning. I replied almost instantly, “it was because God wants man to  have fellowship with Him.” But even before I can hope that I have answered my son’s question, he followed it up with… 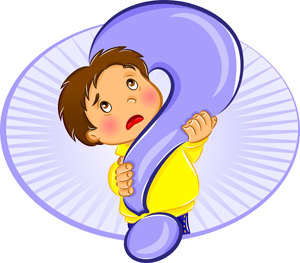 “But God has His angels. Can’t He fellowship with them instead?”

Definitely something I was not expecting an 8 year old kid to ask and I cannot help but wonder what’s playing in my son’s mind that got him to ask such theological questions. I can only wish the hubby was around for me to conveniently answer them himself, that’s for sure! Haha!

Precisely because this question, being theological, I cannot delve on it further and answer the little guy carelessly. As I probed a bit, I kind of sensed that it has something to do with him feeling regret because man has to suffer the penalty of sin. Knowing that it is where he is coming from, I took a mental note to have that addressed too. But first off, his first question:

“If God knew Man was going to sin, why did He still create him?”

God knew way before He created man that man was going to sin. He has infinite knowledge like that. God is all knowing. He is omniscient. Meaning He knows all things – past, present and future.

Having the finite mind that we have, there is no way we can totally understand God’s mind. We were told in Isaiah 55:8-9:

I remember leaning towards this thought in the midst of pain and suffering and everything I had to go through in my family growing up. Then learning about the story of the flood, the large scale killings caused by sin, the destruction of Sodom and we all know the more recent large scale deaths we have witnessed through the years. We really do not have to go as far back to Old Testament times. Such sadness. Are we better off all without that?

Because how this question is answered is delicate in a sense that it essentially concerns God’s integrity – His being good, just and faithful, I have to be careful in responding. Knowing that God foreknew everything that will happen before He even made man and knowing that His thoughts are not our thoughts, I can safely say, there will be no answer that will satisfy those questions enough for those who wants to have a more concrete answer than resting in the knowledge that God is God. But what I thank God for in all this is that He did not create us as robots.

It will be a totally futile attempt to explain with the wisdom of man something that can only be explained by God’s wisdom. I have to explain in a manner that my 8 year old might just have a grasp of, that this is a temporal place we are in and we are in some kind of transition. A transition where we are given a chance to choose or reject God. When Jesus comes the second time, the spiritual world will come into completion and that will be the world that He desires – a world of millions of redeemed and repented believers giving glory to God. That said, what we have now is merely a moment in time. Thinking about forever with Jesus is such a sweet hope for God’s children! The Bible said nobody knows when that time will come. One thing for sure, He will not come until every part of the world has been reached by the gospel. Matthew 24:14 says, “And this gospel of the kingdom will be proclaimed throughout the whole world as a testimony to all nations, and then the end will come.” This is why missionaries are sent all over the world to preach the gospel.

But for now, we are in a realm of that nano-second fraction of eternity, where we are given that choice to live for this temporal world or for God’s glory. I honestly do not know how to better answer my son’s question than this. Jeff might reinforce this here and there tonight when he comes home since he might just have more to say than this. My  prayer is that as our son grows up, he will continue to grow in the knowledge of God as he personally chooses to nurture his relationship with Him. 🙂