Our little family trooped to Beeffalo by Hot Rocks Antipolo last weekend and guess who’s over the moon again? 🙂

Someone is thrilled to be back at his favorite #steakplace #AmericanComfortFood #beeffalobyhotrocks. This boy practically grew up loving their #porterhousesteak ❤ #s7

Over the years, our family has added to our book a number of other restaurants that we love going back to and Beeffalo by Hot Rocks is one of those that has made a mark, indelible, if you may, in our family. Allow me to count the ways…

We’ve made a lot of memories at Hot Rocks, it is  making me ultra sentimental as I look through these photos. The above photo on the left was when our family celebrated Jed’s Karate-do promotion to yellow belt. Photo on the right was taken two weeks after – just one of our random Hot Rocks visits. 🙂 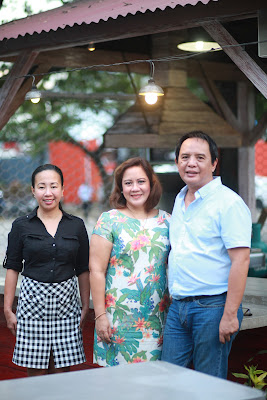 Beeffalo by Hot Rocks is a family restaurant owned and managed by husband and wife Louie and Girlie Abad (right and middle) and their partner and good friend Caren Diaz (left).

“Beeffalo actually began as Hot Rocks, a restaurant concept that came about because of our love to ‘eat out,’ which in our case, was literally outside of the house,” Louie narrated. “With five kids to feed at a limited budget, we had to do it our way and grill on our backyard to save on costs. Everyone raved about the steaks and the dishes that Girlie would cook. It was so much fun that we would invite our friends who were only too pleased to join us.”

I’m plenty grateful that I was able to document memories in Hot Rocks Libis before it closed down. We first heard about the whole Club650 closing down when we checked out a model unit of a then soon-to-rise nearby condominium (Nuvo), we hoped against hope that it won’t happen. But it finally did in 2012 and we pretty much grieved through it. Primarily because Sunday lunch was never the same again since Hot Rocks has become our default Sunday lunch family date.

The cafeteria feel of Hot Rocks Libis was something that used to give our family this sense of comfort. Since we’ve gone there for years since our son was three years old (he’s now 11), it has become like a habit for us. We became such regulars that we would just smile and nod back at their servers and they knew what our staple orders were. We were entertained by the displayed plates on the walls signed by celebrities like Pacquaio, Parokya, Julius Babao, et.al.

I remember our little family combing through the Autocamp area, hoping Hot Rocks transferred somewhere nearby. You could say, that at some point, we were heartbroken.

Imagine our delight when we found Beeffalo by Hot Rocks on Facebook through a friend’s post. We were kind of weirded out and were unsure because although it had the name Hot Rocks, there was the name Beeffalo as well. The interior surely didn’t look anything close to how we used to know Hot Rocks to be. But since it was so close to were we live, we drove by anyway.

Louie and his partners ‘resurrected’ Hot Rocks and rebranded and reformatted it until it became Beeffalo by Hot Rocks. Its maiden restaurant was opened in October 2013 along Gil Fernando Avenue in Marikina, far from commercial areas that restaurateurs would normally consider. “Our location in Marikina was surrounded by unoccupied parcels of land. It was a risky move but something prompted us to do it just the same. And it worked!” Louie enthused. Its success, largely due to the great food at reasonable prices and a homey and unassuming ambiance, led to the opening of a second branch in Antipolo City.

There’s something about the name “Beeffalo” that’s catchy and unique and there’s a nice recall to it. Although we’ve gotten used to Hot Rocks, our family has embraced Beeffalo, since the family vibe has stayed. Did I mention that a lot of the staff we’ve met at Libis are still with them to this day? I always love it when entreps take care of their staff like family. It mirrors a lot on the kind of people behind the brand.

Beeffalo also stands for the flavorful beef and meat dishes that are the restaurant’s specialties. Peruse the menu and you’ll see the house specialty, Baby Back Ribs. The meat is ‘literally falling apart’ because it is so tender. It is basted with Beeffalo’s signature barbeque sauce, grilled perfectly until that smokey goodness and fall-off-the-bone goodness are achieved. Tasty Java rice completes an order.

I love that it’s so much easier to get to Beeffalo by Hot Rocks these days. We can do random night caps, dates and what have we’s. 🙂

You just never run out, do you? My alright boy. ❤️

@jedzachary rocking a #1968Vespa while we enjoyed our #TurtlePie #BrazodeMercedes and #DulceDeLeche cakes and the #JarofMonkey #iceCream #BeeffaloByHotRocks #desserts Soon on the blog! 😄 #foodies #foodblogger ❤️ Thank you @nananadal for our family pic. ❤️ In fairness, ang taray ng headdress ko ha 😜

This celebration is especially dear to me, because of the story behind this. It’s easy to see that it’s the first anniversary, meaning the birds and bees talk happened the year before. We are resolved as parents to continue to be as intentional as the Lord leads us.

As much as we loved the dishes on the wall artwork at the former cafeteria-themed Hot Rocks in Libis was, we are totally digging the funky icons and interiors of Beeffalo by Hot Rocks.

One of Beeffalo’s new offering is the Broccoli-Cheese Soup. If you happen to not be so much into veggies, this soup will perfectly usher you into a world where veggies can actually be palatable. I’m pretty sure this can win anyone over, even those who aren’t into greens, even with its broccoli bits. Delightfully creamy and rich! 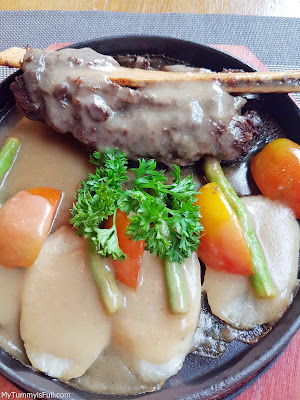 It was last year when I first had a taste of Sizzling Beef Ribs with Tamarind Gravy. Did not disappoint still. I love how Ms. Girlie is ever so consistent with her recipes. As with any other food served on a sizzling plate, make sure to turn over the meat every so often, while the plate still sizzles, to make sure nothing gets burnt. The beef ribs are ever so flavorful and falls off the bone!

Beeffalo by Hot Rocks is also running a Snack Attack Promo happening from Mondays thru Thursdays, from 3 to 5pm. 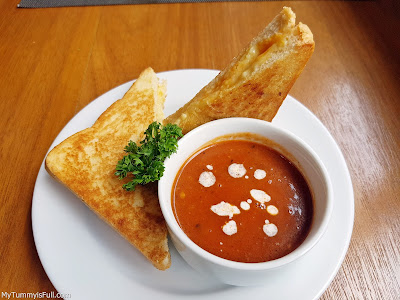 Our son totally loved the Grilled Three-Cheese Sandwhich. He blogged about it and called it his appetizer. That is, after devouring  a porterhouse steak and sharing my Sizzling Beef Ribs in Tangy Tamarind Gravy. I’ve kind of gotten the drill with hobbits and their specie. Nothing unusual. 😀

More on Jed’s blog –> Our lovely lunch at Beeffalo.

Another Beeffalo by Hot Rocks staple of ours!

Beeffalo calls this snack (part of the Snack Attack Promo), but I’m judging from its size alone that it might as well be a whole meal. My stuffed tummy wasn’t able to accommodate a helping anymore. But took a photo anyway to remind myself to order this on our next visit.

First time to taste Taro ice cream and I loved it! Loved it enough that I’m heading over to Beeffalo Antipolo branch because they don’t offer it in Marikina. I especially loved the Taro bits and the “sorbetes” texture of this  dessert offering. 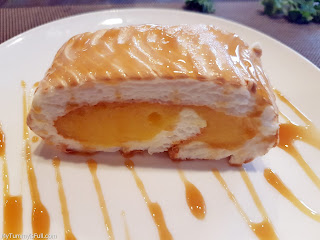 There’s so much to love about Beeffalo by Hot Rocks! We’ve been coming back for the same well-loved recipes for over 8 years now.  Yep, we started when our son was a wee 3 year old! And they keep adding to their menu excellent new offerings, I can only hope I can keep up with.

Thank you, Beeffalo Hot Rocks, for keeping us coming back for your excellent steaks, ribs, fully loaded nachos, my favorite gabi ice cream and my boys’ fave brazo de mercedes, the jars of monkey won’t go old on us too! Make sure to have a taste of their Lamb Adobo, as well! It’s pretty hard to run out of things we can recommend for you to order while you’re there. One thing for sure, Beeffalo by Hot Rocks won’t disappoint.

One thought on “Another Beeffalo Weekend!”