Man with Polio is 2012 Happiest Pinoy

It was a few months ago when I first learned about the search for this year’s Happiest Pinoy. I was personally encouraged that we were told that according to survey, Filipinos are amongst the happiest people in the world. With our resilience and our optimism, I am not surprised. 🙂

Just recently, the 2012 Happiest Pinoy was finally announced and it is no less than the Polio-stricken Rommel Arellano He bested 9 other finalists and over 13,000 nominees nationwide to take home the title plus a cash prize of PhP250,000, tax-free. 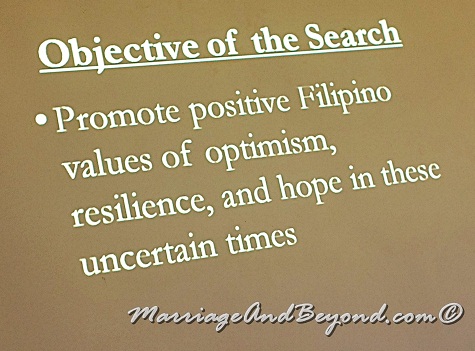 Rommel Arellano is a 35-year-old native of Bataan. He was afflicted with poliomyelitis at one year old. This taught him to crawl with slippers on his hands as his only means of mobility. Finding a job wasn’t easy for Rommel but he never stopped pursuing success in life. It is impressive that despite Rommel’s handicap, he was determined enough still as he brushed off discrimination and managed to land different jobs, namely: insurance agent, part-time instructor, disc jockey, emcee, singer, musical director, resource speaker, call-center agent, and a school guidance counselor. He is also the current president of the Organization of Person’s with Disability in their community.

“I am overwhelmed with this unique recognition. By receiving this award, I hope to encourage more Filipinos to stay positive and remain optimistic despite life’s problems. I may not be able to walk, but getting up is never an issue. I will continue my journey, even if I have to crawl.” said Arellano. With its origins in 2009, the Search for the Happiest Pinoy is a flagship campaign of the Cebuana Lhuillier Insurance Solutions (CLIS). It seeks to find the most optimistic and resilient Filipino despite life’s challenges in the hopes of inspiring other people to do the same. Looking at Rommel and his plight a great majority of us should be considered spoiled.

There are just a lot to be thankful for in life and all we really have to do is plug in to the right source and set our mind to be content. How inspiring is it for someone like Rommel to land regular jobs like he did! Truth be told, this kind of advocacy deserves the limelight!  There’s something about the smiling sun with its thumb up! 🙂

Thank you, Rommel Arellano, for modelling to us that a person can go beyond his not so ideal circumstance and shine like you did!  🙂