My son and I spent a lovely time trick or treating last October 31 at the Nido Science Discovery Center at SM Mall of Asia. The challenge for the trick or treaters was to find Blurb, the alien. It was just the perfect theme for my son who has been so into learning about the space, planets and more recently about aliens. Which came about because, apparently, he has been watching a show entitled “Kokey” with my mom, during times that I am not around. 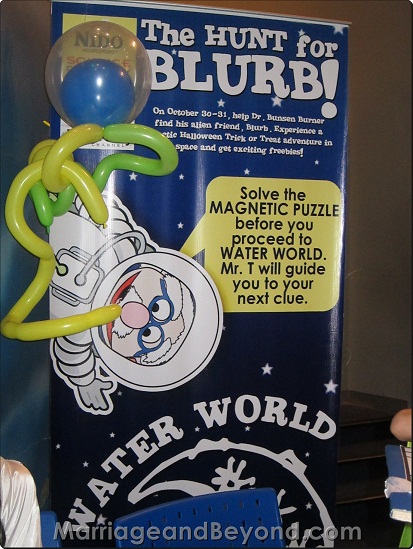 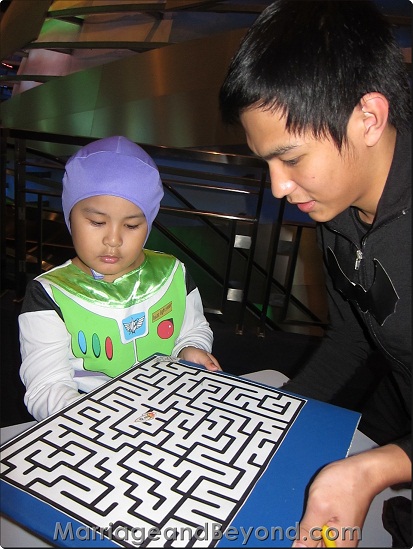 Dr. Bunsen Burner’s alien friend, Blurb is lost.  The challenge was for us to find him throughout the Galaxy and travel to different worlds where Blurb was seen. We were given this galaxy guide to help us with our mission. 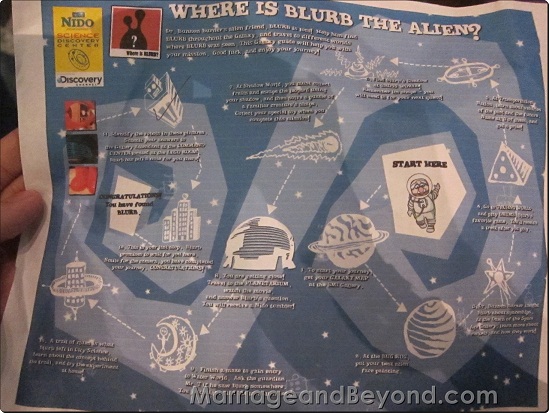 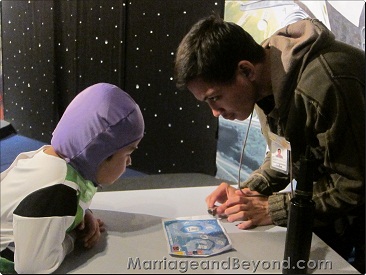 My son is intently listening to the space guide at the Dawn of the Space Age Gallery.  He was explaining how rockets are able to launch into space like they do and later did a demonstration of what happens that made it easier for a child to understand the science behind it.  Here is the video I took during the demonstration.

Here more pictures from our “Where is Blurb the Alien?” adventure at the Nido Science Discovery Center. 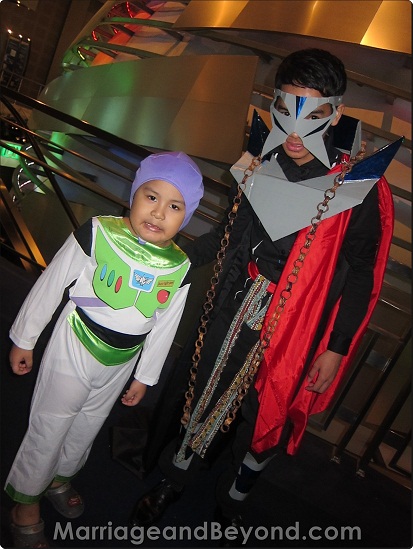 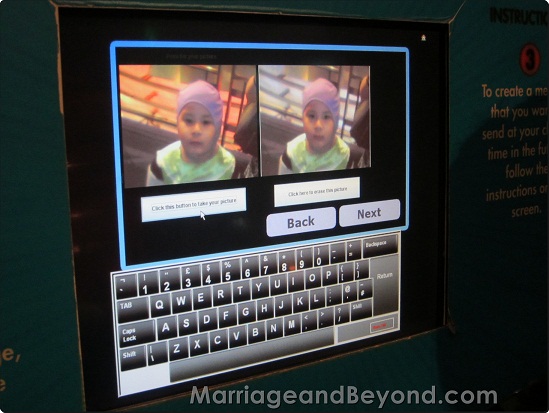 Jed test driving the Time Capsule. When he was asked who he wants to send his message to, he instantly said, “Papa” and typed away his message with his captured photo in it. 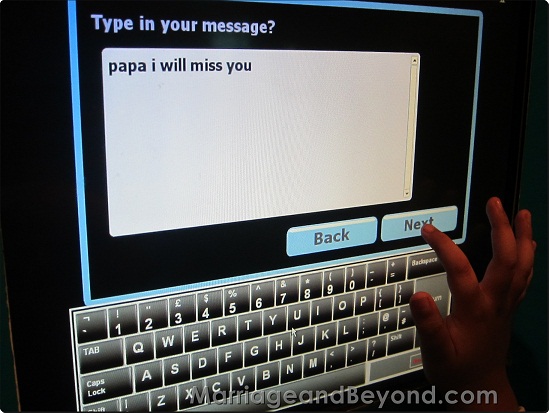 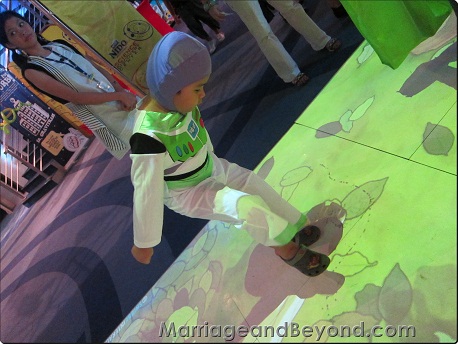 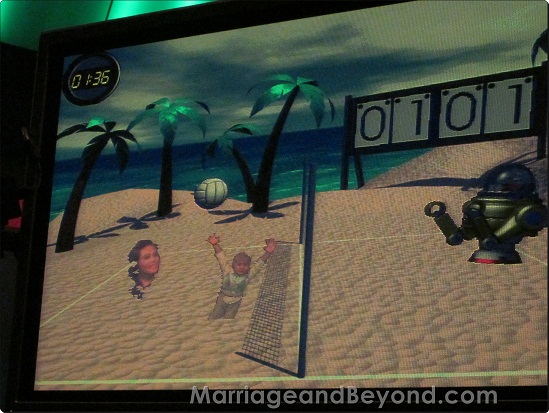 Gesturetek. Jed went one on one with a robot. How cool is that! 🙂 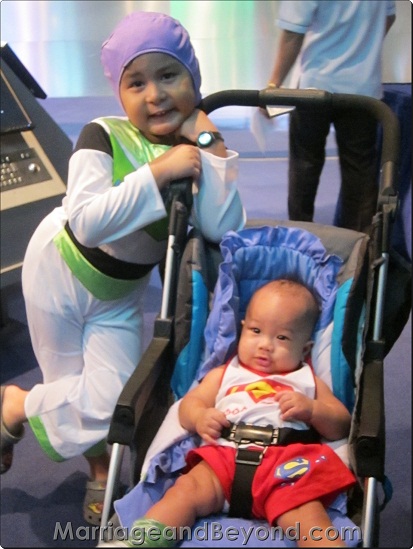 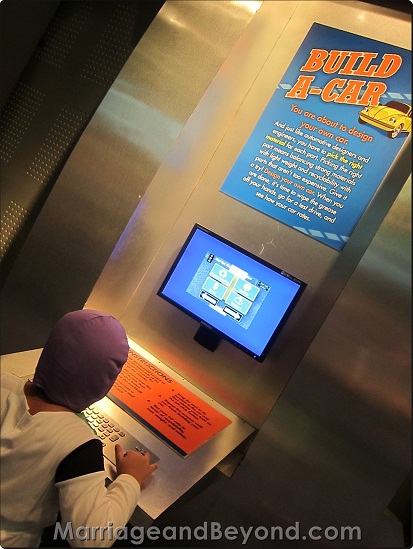 This little car dude also got to build his own car. Here is a video I took as Jed was busy choosing the kind of material he will use for each car part. 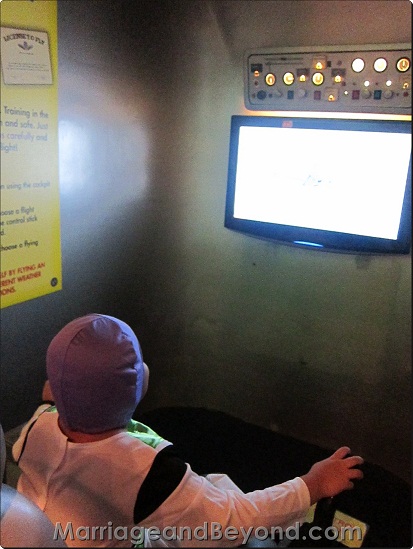 Jed enjoyed a great deal at the cockpit too. It is just so neat to have all these kinds of technology nowadays.  Kids can get the real feel of how things work in the real world. 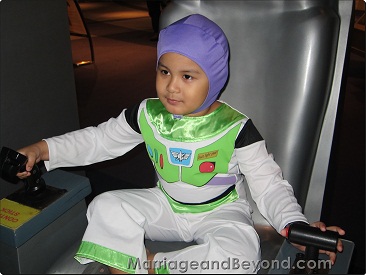 That is my Buzz Lightyear behind the plane controls. 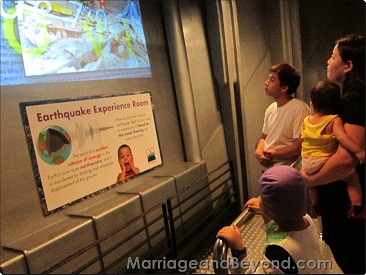 From the rocket ship to the car building, to flying a plane, now to this earthquake experience room, Jed sure has had the time of his life, incorporating all the things that he has read about and get the feel of what is like. He was so thrilled! 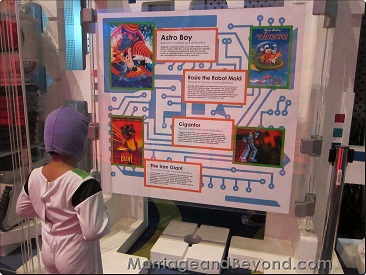 Robotics is also one of his fascinations. 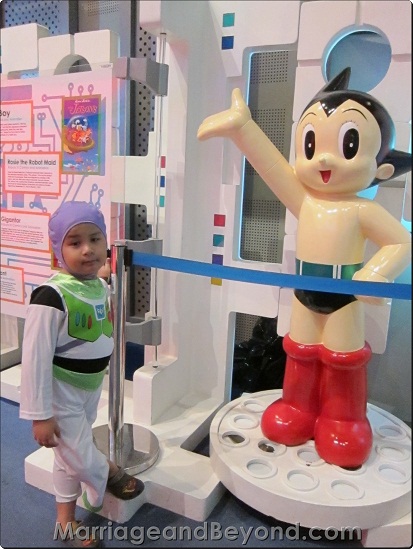 The Planetarium movie took us to another world. 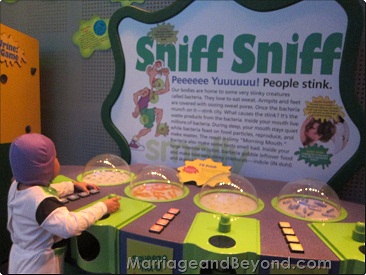 When my little guy read the instruction on how the whole thing works, he was totally grossed out that no amount of cajoling would get him to stick his nose on those holes. Even as I told him they are not smell from the real thing, he totally just gave me the don’t-count-on-it face.  But I could not leave the room without trying it out for myself, so I tried it and they were really eeewww! It was really neat though.

We also had a grand time at the Shadow World.  You can find our videos here and here. Where we got busy collecting fruits and trying to escape the leopard using our shadows. Neat! 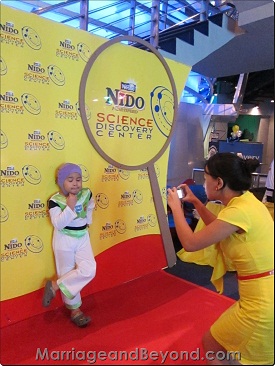 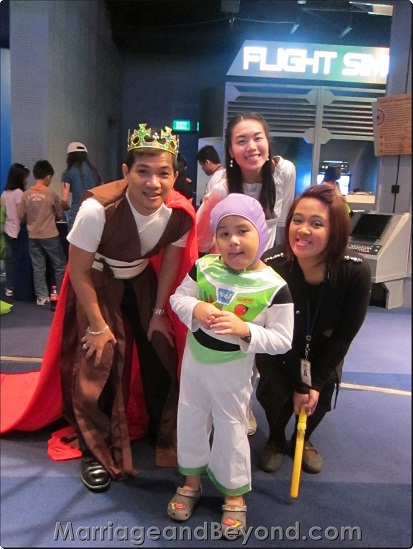 This little guy made friends with the people in the center too.

I would have to admit that it was not just my son who had a splendid time at the Nido Science Discovery Center. I loved that we are able to go out on a date and discover these cool and neat things that he is so into.  This is something that we plan to do from time to time.

We headed on to have dinner at the Big Daddy’s Chicken around the corner and then to Timezone where he played to he dropped. Afterwhich, my little reader dragged me back to the Booksale store he saw on our way to dinner.  When he saw Krispy Kreme, he went to go trick or treating some more but was told by the lady that they ran out of candies. So Jed just conversed with the ladies behind the counter as we were in line waiting for our turn about his trick or treating adventure.  They threw in a free pumpkin donut with our order. 🙂

He got himself a thick Clifford book which he read away as he munched on his donuts. 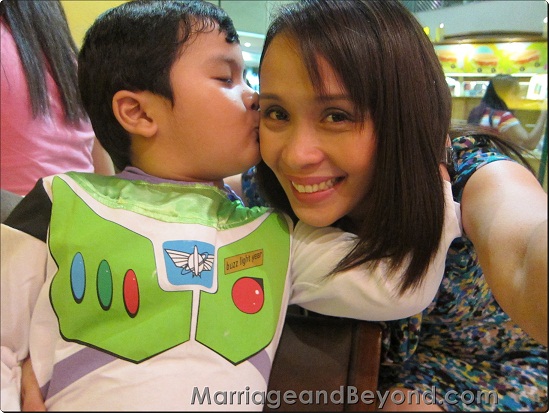 My son and I really had a lovely Trick or Treat date that day.  Thanks to Nido Science Discovery Center for the invite! 😀