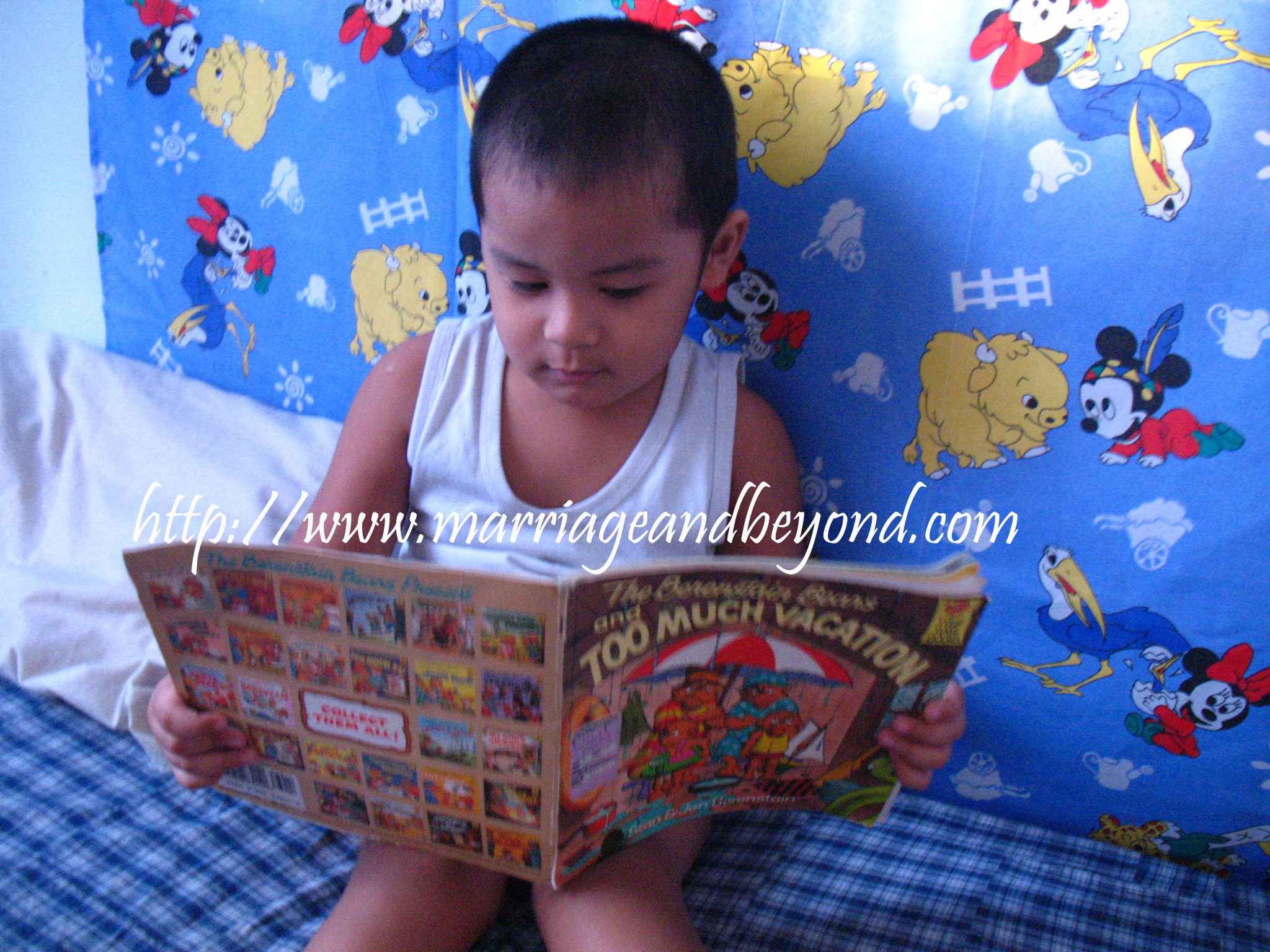 This is what I saw when I checked out our little guy who was unusually quiet from the other room. I learned my lesson that when kids get silent, they are into some sneaky things (e.g. tinkering with things that aren’t toys and are not suppose to play with). I was doing business from the other room, when I just had to check on him and this is what I saw. He was so into his book that it turned out that it was me who needed to sneak in and take this shot. He only reads simple three letter words and obviously this 35 month old guy cannot yet read the story by the words. I figured he’s reading the story from its pictures and recalling our story telling time when I read this particular book to him.

Things retain to him really well. Like for instance, when the bear family just arrived to their vacation spot, they were welcomed by a skunk and its foul smell. I only mentioned this once to him, but he attempts to read the book to me sometimes and emphasizes the foul smelling skunk and retained everything I told him from one story telling time. I love to see that despite the times I allow him to watch television (Brainy Baby, Baby Einstein, Sesame Street, First Impression Encyclopedia, Barney, etc.) especially when there are important assignments I need to get done, he still projects through his actions his love for reading. We even enjoy times when we will be side by side in bed reading our own books. 🙂 I know I have to watch it and limit his television viewing time to two hours a day.

Last night was our first time to read those classic fairy tales. I usually read to him his picture Bible with very shorts stories. I am thrilled to see his attention span is actually longer now that it used to be. Of course pictures add those exciting elements to the story telling time as he connects things that I narrate from the pictures he sees from the book. We read Billy Goat Gruff and Goldilocks and the Three Bears last night. He wanted more but I was way too sleepy and he looks sleepy too and my guess was right, because right after we said our prayers he fell asleep in less than five minutes. 🙂